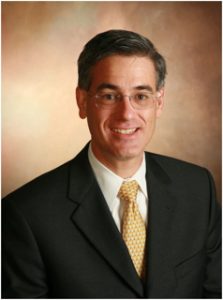 Dr. Calmere will be retiring from Silicon Valley Eyecare in December 2019, after a wonderful 28 years in the practice. Thank you Dr. Calmere for your years of compassionate care!

Dr. Jeffery Calmere received his undergraduated degree in biology from UC-Riverside and went on to graduate from UC-Berkeley, School of Optometry in 1988. Afterwards, he completed a residency program in advanced clinical training and specialty contact lenses. He enjoys helping patients with keratoconus, corneal transplants, and other conditions that require special treatments with contact lenses. Dr. Calmere has a large pediatric practice and enjoys helping myopic patients with Corneal Refractive Therapy (CRT). Dr. Calmere is also licensed in the medical treatment of eye diseases.

Dr. Calmere has practiced and taught optometry in both university and private practice settings, including UC-San Francisco, California Pacific Medical Center. He joined Silicon Valley Eyecare in 1991. He spent 12 years as a clinical professior at UC-Berkeley teaching an academic class to second year optometry students. He also taught in the primary eye care and contact lens clinics at Berkeley.

Dr. Calmere is the founding Chairman of the Board of California Optometric Laser Associates (COLA) and is now President and Chairman of the company. For the past 11 years, COLA has been instrumental in assisting over 600 doctors in the management of refractive surgery (such as LASIK) throughout California.

Dr. Calmere has always been quite active and involved in optometry. He is a member of the American Optometric Association (AOA), the California Optometric Association (COA) , and the Santa Clara Optometric Society (SCCOS). He has served on the board of trustees for the SCCOS and been the Committee Chairman for the Technology Committee of COA. He currently serves on the Healthcare Delivery Systems Committe of COA. In addition, he has served as a consultant in the area of electronic medical records and has lectured on the subject. Dr. Calmere is also a fellow in the American Academy of Optometry. He has been recognized for his contributions in these areas, including being named Young Optometrist of the Year for the SCCOS. In 2010, Dr. Calmere had the honor of being recognized as Optometrist of the Year by the SCCOS. In 2011, Dr. Calmere was awarded the honor of California Optometric Association’s OD of the Year Award.

Dr. Calmere is active in the community through his membership in the Kiwanis International Club. He has served since 1991 as a member, board member, and treasurer. Dr. Calmere is also active in his church, the Menlo Park Presbyterian Church, where he currently teaches 4th grade Sunday school classes. He also volunteers his time with charitable organizations by providing eye care to those in need through the SCCOS and AOA. He also enjoys supporting his wife, Dr. Linda Hur, in raising money and awareness for the Leukemia and Lymphoma Society through Team in Training as well as the Asian-American Bone Marrow Registry.

Dr. Calmere and his wife, Dr. Linda Hur are the adoring aunt and uncle of 10 nieces and nephews. They enjoy jogging and hiking together. In his spare time, Dr. Calmere enjoys traveling, high technology, learning French, and being a Cal Football fan.